Intended to amuse toddlers back in the 1900s, these roly-poly toys are the stuff of nightmares today.

The Rolly Dollys were a line of simple toys made by the Schoenhut Company of Philadelphia. Founded in 1872 by Albert Schoenhut, a German born toymaker, the firm lasted into the 1930s and was a prominent creator of fine playthings and childrens musical instruments. It is famed today for its toy pianos, Humpty Dumpty Circus playsets, and wooden dollhouse furniture. 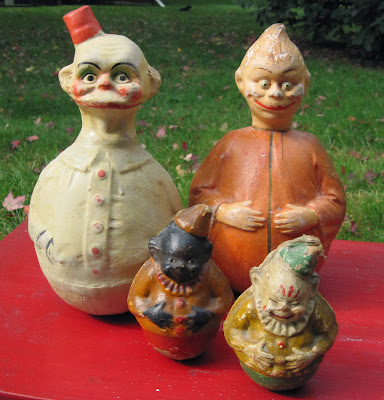 The Rolly Dollys first appeared in 1902 and were produced through the 1920s in over 70 different styles. Some were based on advertising or cartoon characters like Buster Brown and Foxy Grandpa, while others represented children, clowns, police officers, and more.

Made of a composition or papier mache type material, the Rolly Dollys are weighted at the bottom so that they spring back upright and then bob comically (or terrifyingly, depending on your point of view) when pushed over. Some have chimes inside as well, producing a delicate tinkling sound (all the better to alert you to their approach.)

This assortment includes a couple of creepy clowns, 5 inches tall, along with a 10 inch comic character,  Happy Hooligan, and an unknown terror. 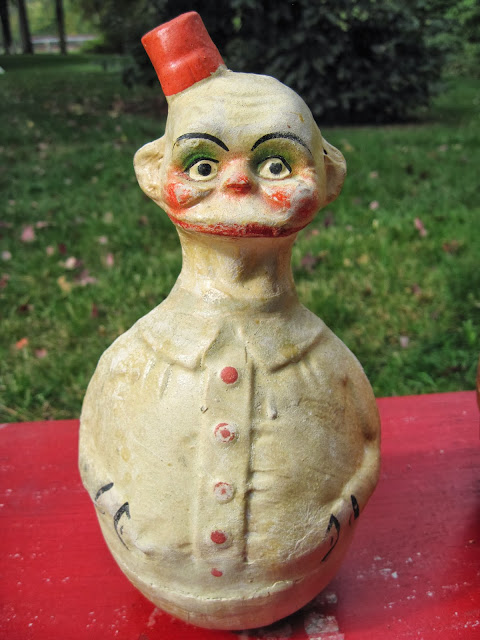 Here's Happy Hooligan, a newspaper cartoon character who first appeared in 1900. In print, he was a cheerful hobo wearing a tin can for a hat, but his Rolly Dolly representation is rather more disquieting. See the original Hooligan and learn his story by clicking here. 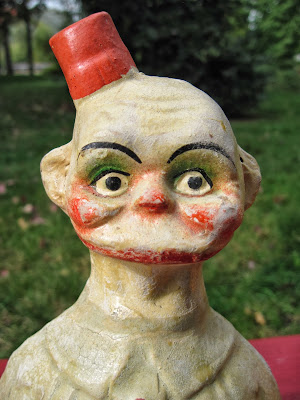 This unknown character, also 10 inches tall, sports a pointy hairdo and hypno-eyes, and his hands rest on his distended belly. He has a satisfied smile, as if he's just completed a large meal of small children. 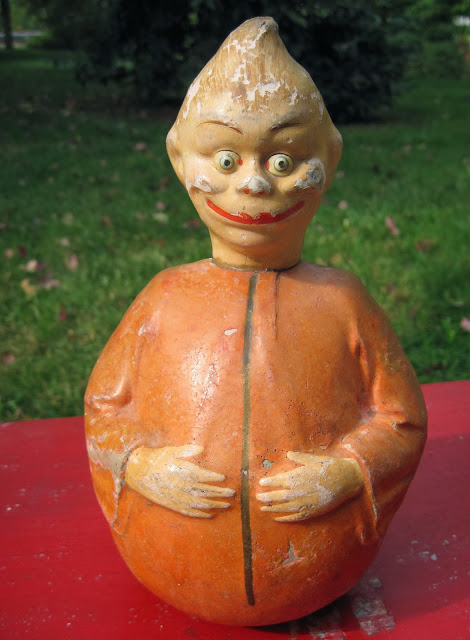 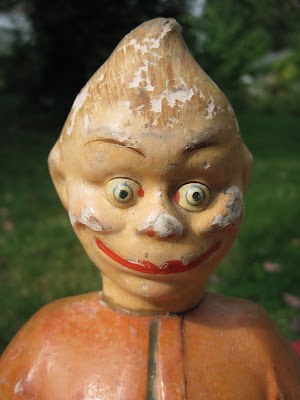 This is really not something you'd want watching you while you sleep.

The 5 inch clowns are of the Billiken type. Even with their small size, there's still something vaguely menacing about them, isn't there? Perhaps they should team up with Crandall's Acrobats and put on a spooky sideshow act. 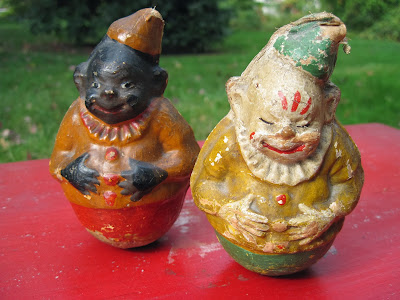