Just got home from one of my favorite vintage toy shows. It's an annual event that happens each January, which really seems like a lousy month for a toy show, coming as it does right after Christmas. This year I planned strategically: when my family asked me what I wanted for Christmas, I said "money for the toy show please!" Here's what I spent it on: 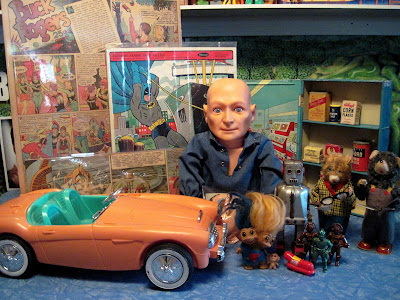 There were all kinds of toy treasures, including a tin litho grocery store playset made in the 1950s by Wolverine; a scarce (and creepy) Hugo, Man of 1,000 Faces from the 1970s; a two-headed Doublenik troll from 1965 along with a tiny vending machine troll; a Weinermobile whistle; a bunch of 1950s space guys; Buck Rogers and Flash Gordon newspaper comics from the 1930s-1940s; a 1960s Batman puzzle; Barbie's original convertible; and a 1950s tin wind-up robot. I'll post properly about them later, but here are some quick pics and sneak peeks. 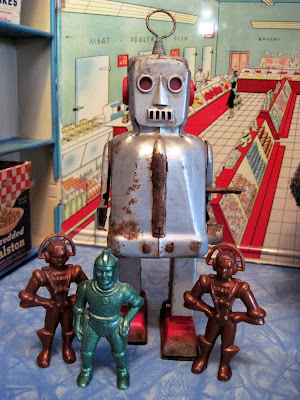 The robot has some rust, but he also has lots of character. 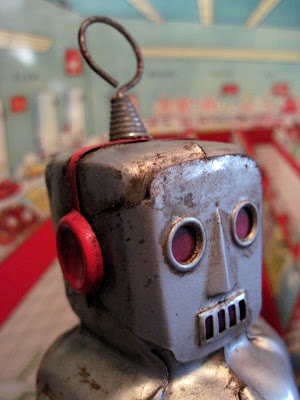 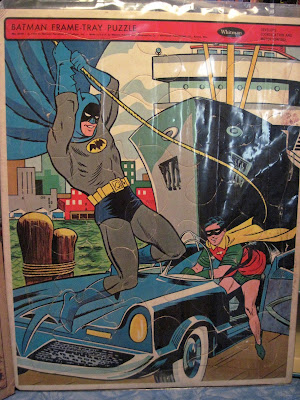 Hugo, Man of 1,000 Faces, was a bizarre toy made in the 1970s. It's essentially a creepy looking guy's torso and head, along with a package of "disguise" accessories, including false chins, fake scars and warts, various noses, glasses, an eye patch, and hair pieces. I'm guessing it was inspired by spy films, but who knows. It's weird and now rather rare.


Barbie's convertible, made by Irwin in the 1960s, was her first car. 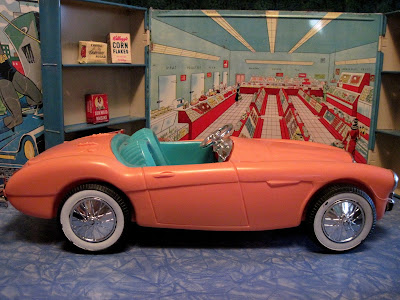 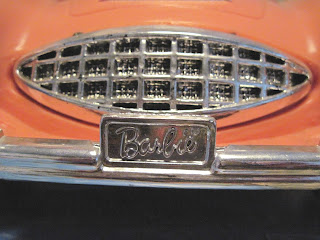 The two shelf units on either side of this tin litho grocery store fold inward to close up the playset. Originally it would also have had a separate counter with accessories like a scale, but these are usually missing. The center span features great imagery of a 1950s supermarket. 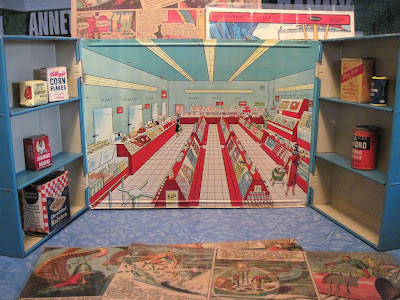 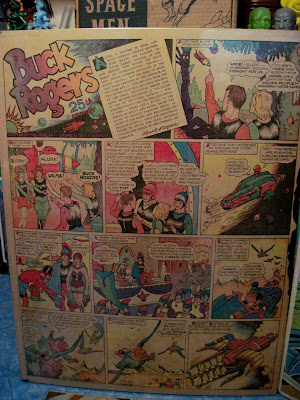 The 1930s Buck Rogers newspaper comic above is complete, while the Flash Gordon strips below are only portions (but they feature a fantastic alien giant squiddy monster) : 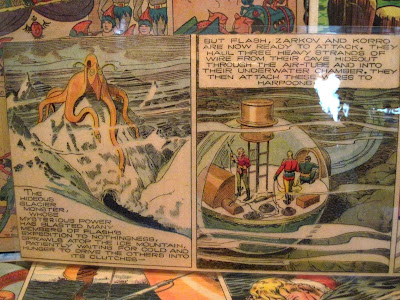 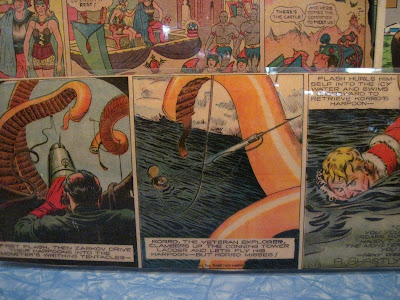 These two mechanical bears were made in Japan in the 1950s. When wound, the bear on the left turns the pages of his book, while the one on the right wipes his glasses before holding them up to his eyes. 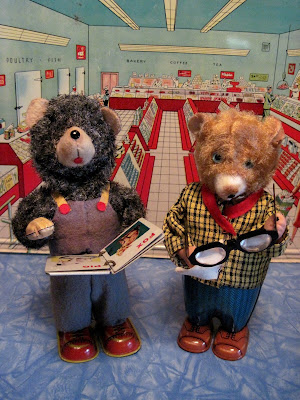 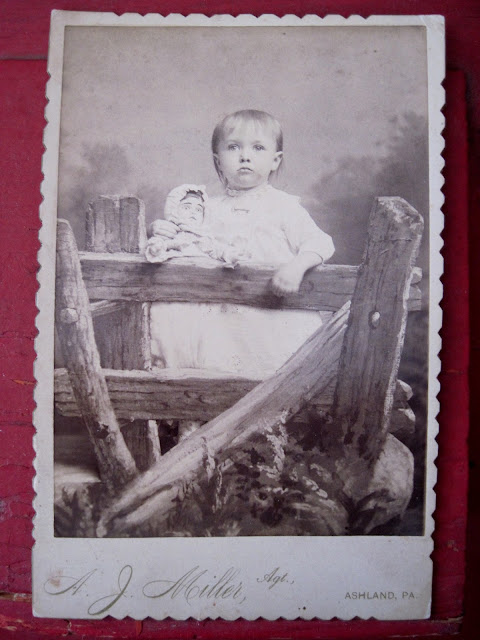 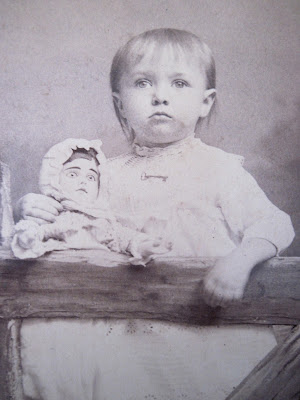 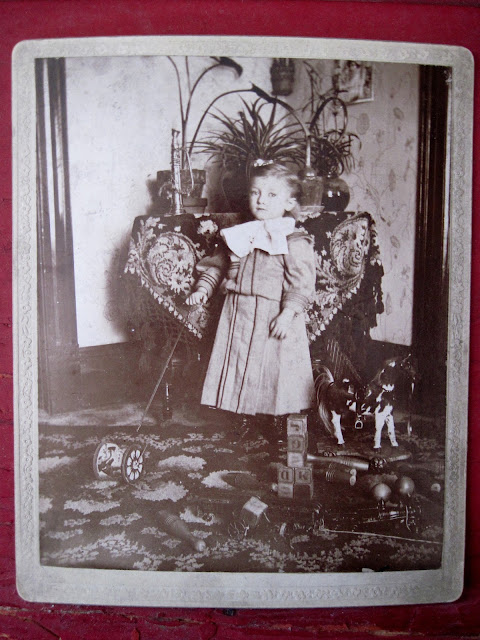 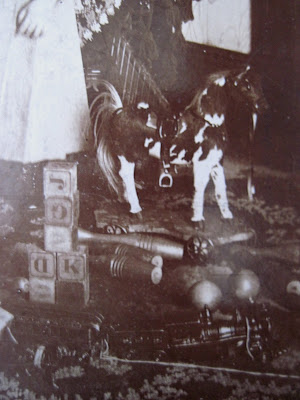 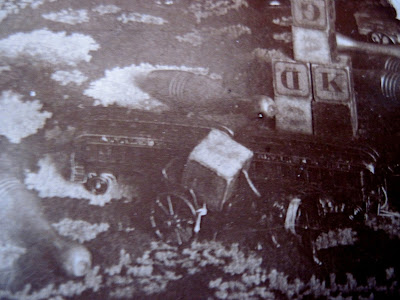 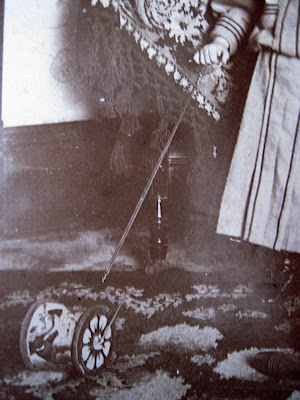 Here's a closeup of the lithographed tin musical push toy. What a lot of beautiful toys! This child must have been very good all year.
Posted by Tracy at Monday, January 07, 2013 No comments: