I've posted once before about this bear, shortly after I found him, but he's had a lot of work done since then and I thought he was worth another look. One of the favorites from my collection, this large, 20 inch British bear dates from around 1915, and came wearing an antique child's coat of cranberry colored wool. His original owner had added a few school pins to the coat, including a prefect's badge and what might have been a track and field medal.

I added an old Oddfellows pin, given that the bear has a rather odd, yet endearing, appearance. At some point in his long life, he experienced eye replacement surgery, and apparently his doctor was all out of matching shoe buttons. I wouldn't change it though: the mismatched eyes give him great character. 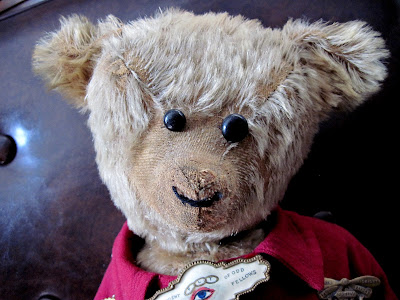 Anyway, every time I'm antiquing I keep an eye out for more badges for Oddfellow's coat. Here's what he has so far: 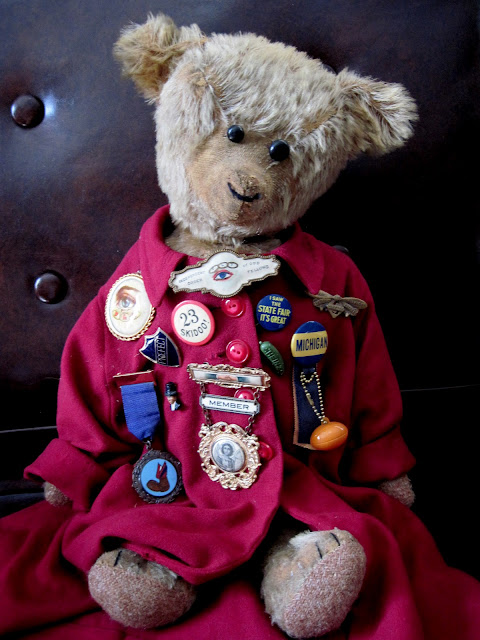 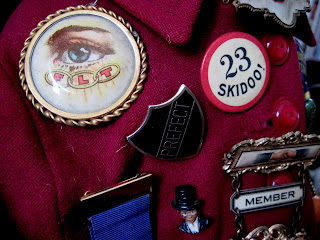 Some of my favorites are in this closeup: another Oddfellows badge, a "23 Skidoo!" pinback from the 1920s, and a teeny tiny Charlie McCarthy.


The large Oddfellows badge below dates to the early 1900s. 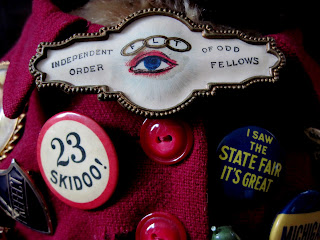 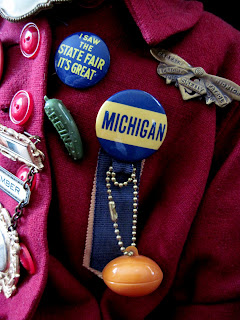 Vintage pins, including a University of Michigan football badge, an old State Fair souvenir, and a Heinz Pickles advertising pin adorn the left side of the coat. 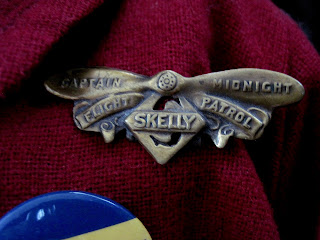 Another favorite, these flight wings were a premium from the Captain Midnight radio show:
Posted by Tracy at Saturday, July 28, 2012 5 comments: 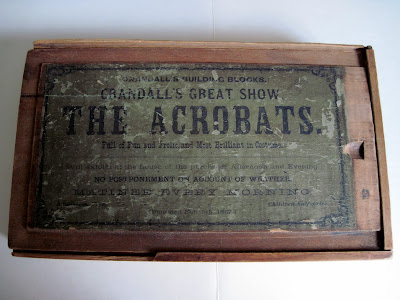 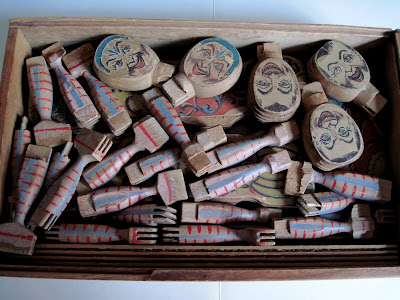 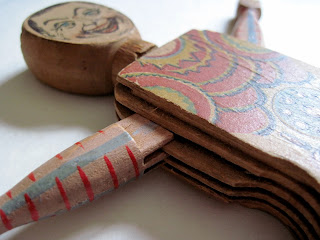 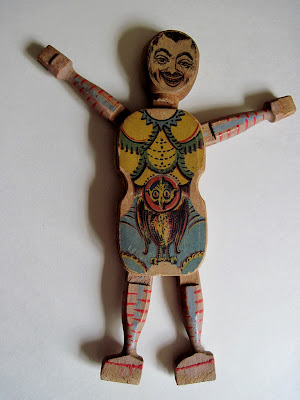 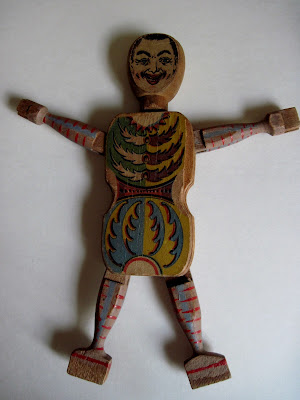 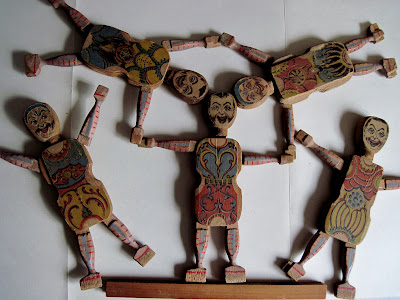 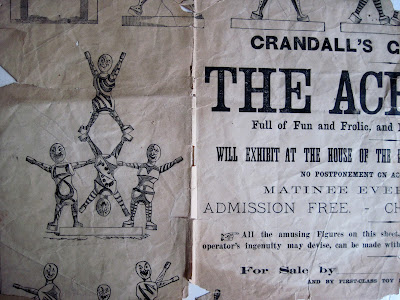 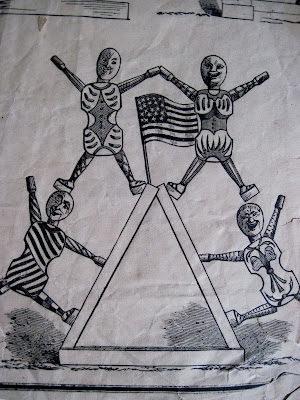 I'm off to hold my first matinee, "admission free and children half-price."
Posted by Tracy at Sunday, July 22, 2012 15 comments:

A Horse in Search of a Fire Engine

Last year, I evaluated a collection of antique cast iron toys for a friend who was ready to start selling. She had a lot of fire engines, ranging from some very beautiful 1800s era horse drawn engines all the way to chubby, cheery red 1950s trucks.

One of my favorite items in her collection was just a piece left over from a long-gone larger set, and I was able to rescue it and bring it home. This cast iron horse came from a very large fire engine: the horse itself is 7 inches long. The engine would have been an expensive one back in the 1870s-80s, and was probably pulled by two or three of these horses. This one, while its original paint is worn, is still quite beautiful; the complete toy must have been just absolutely gorgeous. 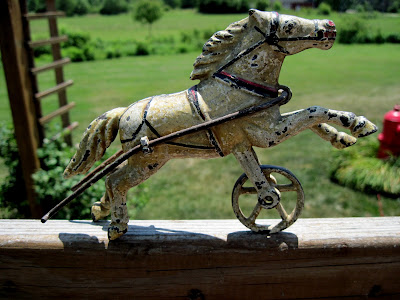 A really clever feature is visible if you look closely at the wheel below the horse's front legs: the axle is offset, not centered. When you roll the horse along a flat surface, this offset axle makes him move up and down, imitating the motion of a real galloping horse.

In this closeup of his head, you can see the lovely patina the original paint has acquired. All the details of the harness and face were handpainted. 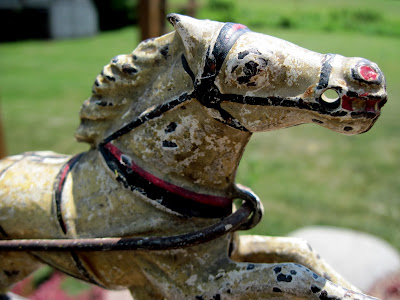 I wonder where this toy horse has been, and what he's seen, in his 140 years. I'm happy he was saved from the scrap heap, that fate of most broken things. He's now comfortably enjoying his well-earned retirement at Tracy's Home for Orphaned Toys. 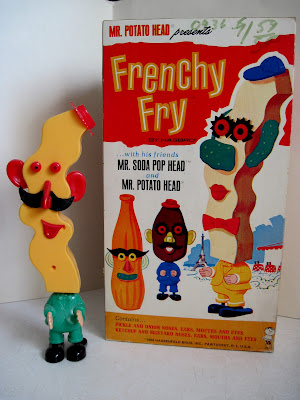 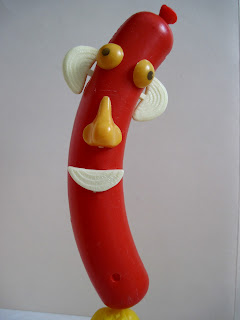 We're off to our picnic to eat some of these.
Hopefully ours won't be staring at us.
Posted by Tracy at Wednesday, July 04, 2012 7 comments: