Tin toy kitchens, also known as doll kitchens, were made in Germany and America through the 1800s in a wide range of styles and price points. All were based on an open, three sided room box model. Large deluxe versions often featured working water tanks, functional sink taps, and a vast array of accessories, while tiny, simply made varieties offered only the merest suggestion of an oven, and relied heavily on children's imagination to make up for their lack of amenities.

I received these two tin kitchens for Christmas this past year. The first was made in Germany in the 1870s, and although small, measuring a mere 6 inches wide by 4 inches tall, features some fine details. There is a functioning tank on the right side which delivers water through a spout on the inner wall. The stove has a hood, a door that opens, and a rarely seen heat regulator (the tiny tab above the door: it slides to reveal an opening which would allow heat to escape from the oven.) 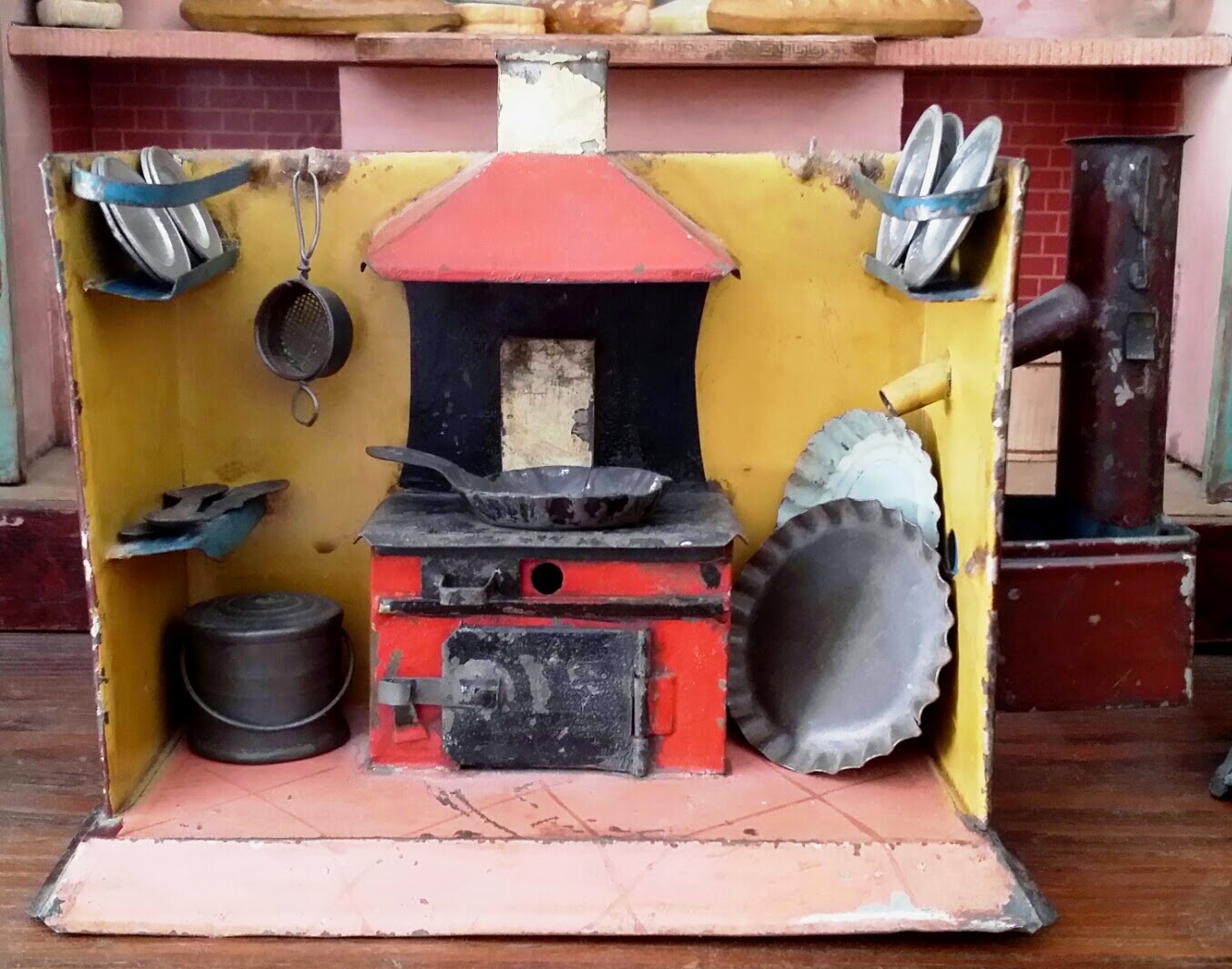 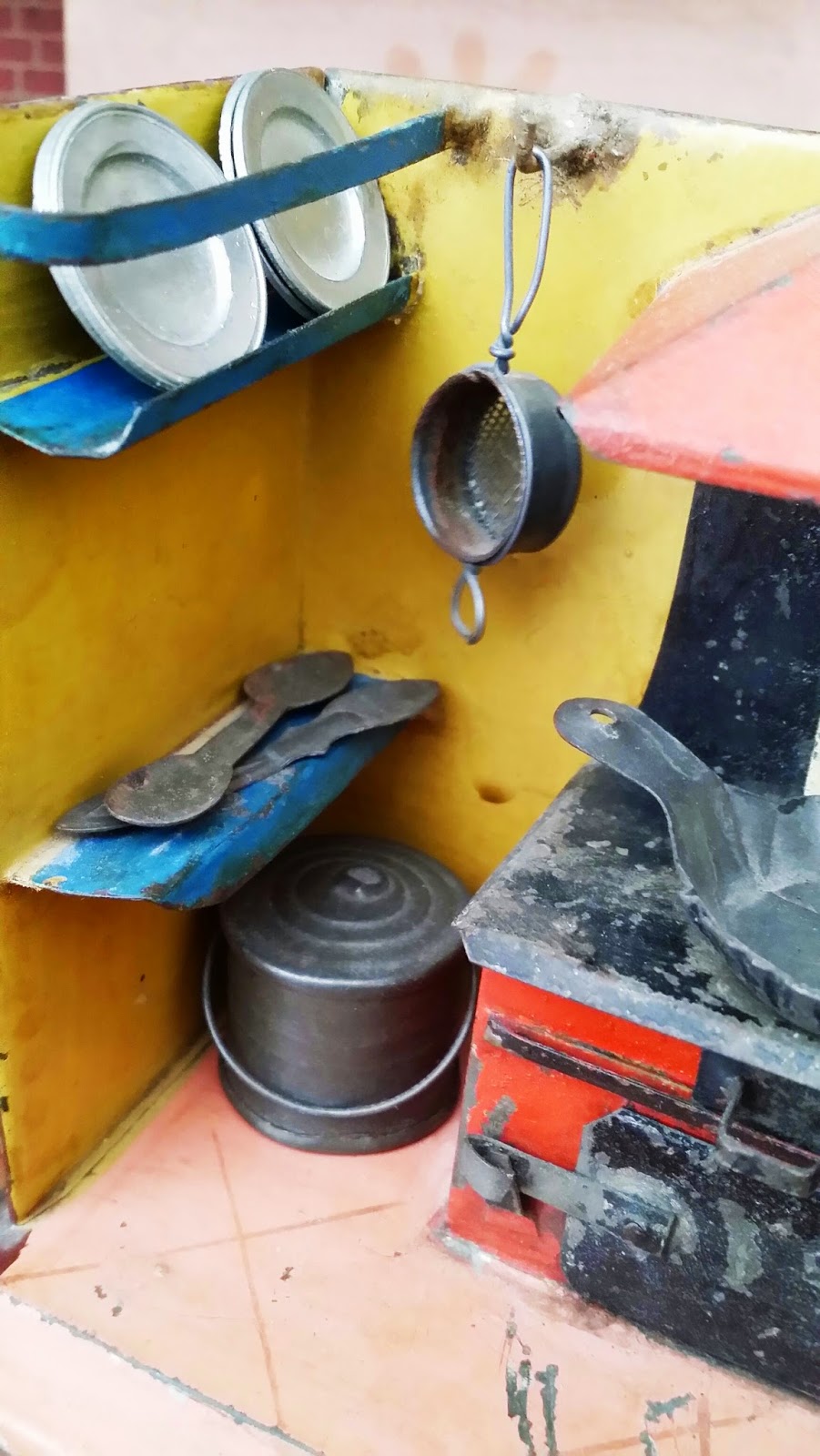 This second kitchen is the tiniest and crudest I've ever seen, and yet it has a primitive charm. Measuring just 4 inches wide, it's almost pocket sized, and its stove is just a piece of folded tin, creating the merest suggestion of an oven. It retains traces of its original green paint on the side walls, and was clearly much loved and played with by its original owner. It dates from the late 1800s. 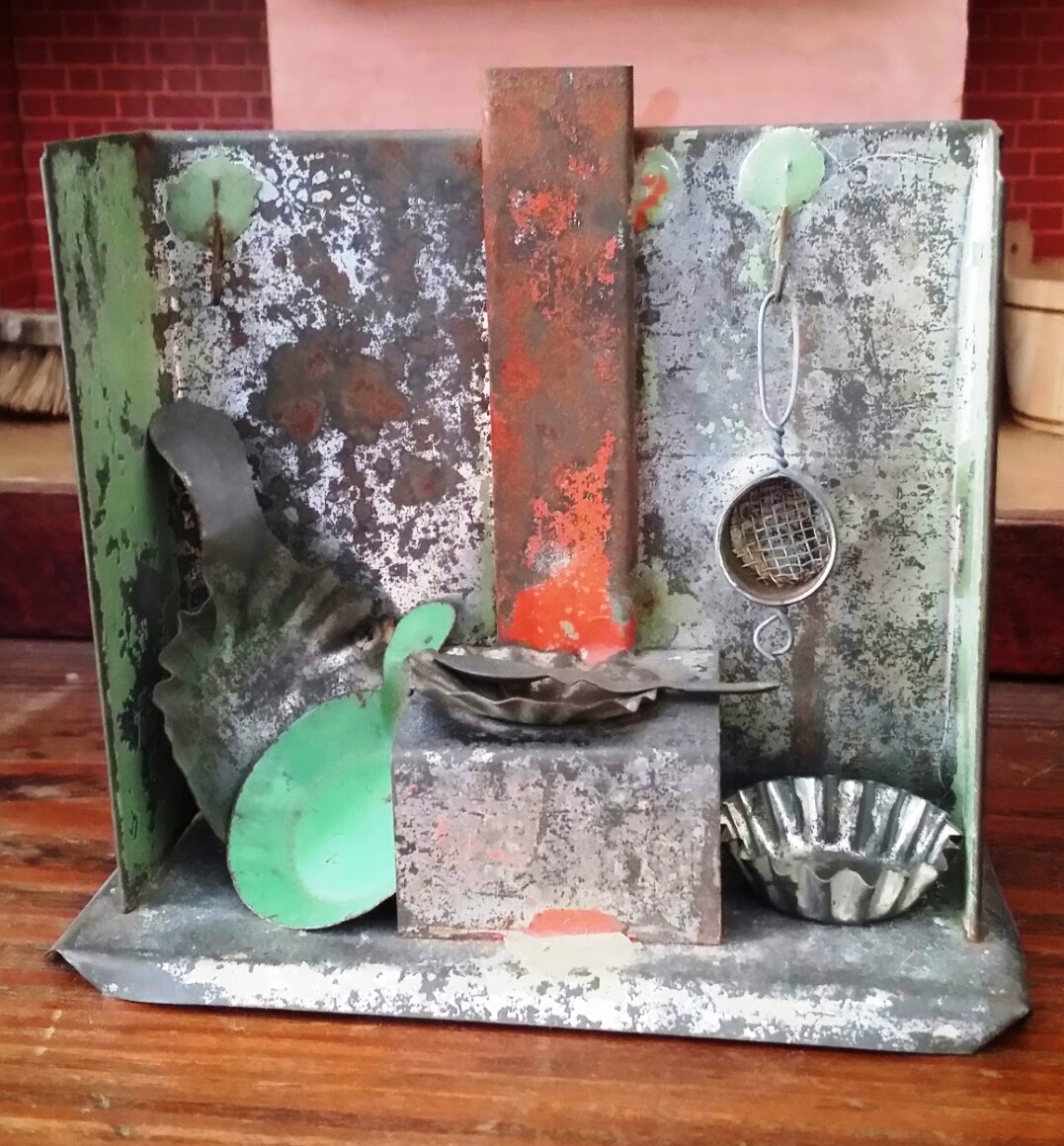 To learn more about the history of these playsets and to see a larger, more deluxe model, click here.