I've been wanting to do a little theme on garden gnomes for awhile (I adore gnomes), and I thought I'd start with this: a 1920s German photograph of a little boy with his gnome. 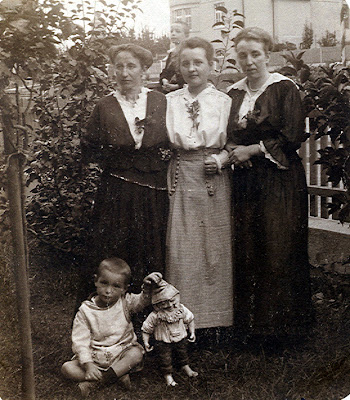 Kind of a creepy-looking gnome, no? 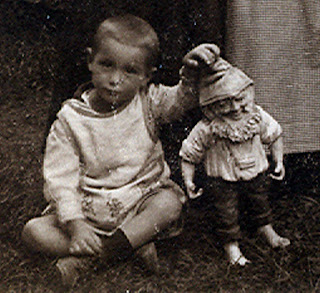 Garden gnomes got their start way back in the mid-1800s in Germany. The earliest were made of terracotta and were finely sculpted. Travelers to Germany took the gnomes back to France and England, where they became very popular with hobby gardeners. In America, these ornamental figures are often referred to as lawn, not garden, gnomes, perhaps reflecting the suburbanite obsession with their little plots of grass.

To learn more about gnomes, check out Garden Gnomes: a History, by the oddly yet aptly named garden historian Twigs Way.
Posted by Tracy at Wednesday, September 22, 2010